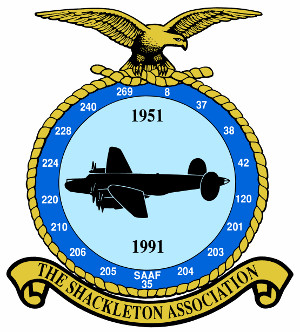 The Armed Forces Memorial at the National Memorial Arboretum includes, within its sixteen thousand names, the names of those comrades of the members of the Shackleton Association who were lost during the course of Shackleton aircraft operations.

This Register has been compiled in the order in which their names are engraved on the Memorial not only to help with the finding of a name but to also record for future generations their ranks, duties and brief circumstances of their loss.