BALLYKELLY SQUADRONS AND THEIR AIRCRAFT 1952-1971 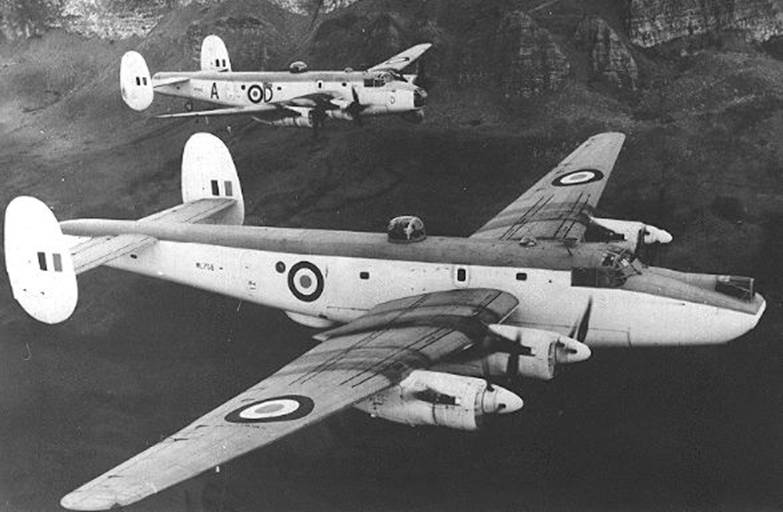 The aircraft which served with the squadrons and other units at Ballykelly during the Shackleton era are listed below. It should be remembered that between 1955 and late 1959 the Ballykelly squadrons were unique in Coastal Command in not applying individual code letters to aircraft.

Originally formed at Ballykelly in 1948 to support the activities of JASS based at the Londonderry Naval Base, HMS Sea Eagle. Equipped with Shackletons in March 1952, disbanding in March 1957. In contrast to the operational squadrons at Ballykelly, the unit retained individual code letters throughout its existence. Allocated unit code G, worn between 1952 and 1955. No known unit badge carried, although the Mark 1's, at least, carried twin black bands on the outer wings and a single black band on the rear fuselage. 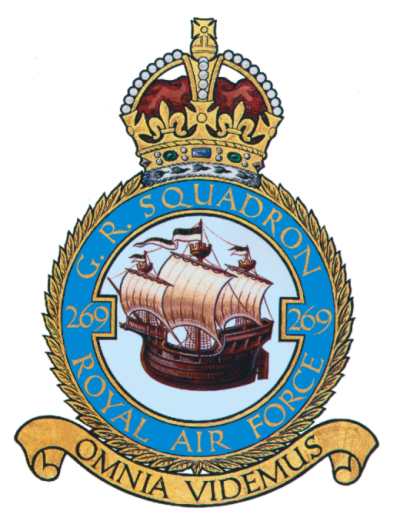 Formed out of No.224 Sqn. at Gibraltar on 1 January 1952. Moved to Ballykelly on 14 March 1952. Re-numbered 210 Sqn. on 1 December 1958. On arrival at Ballykelly the squadron applied small individual aircraft code letters to the nose and the squadron letter B to the rear fuselage. By 1955 the individual letters had been removed.

In 1953 the squadron received a number of Mark 2's, the intention being that each unit should be equipped with four aircraft of each type. During the time spent on the squadron, the Mark 2's remained uncoded.

Other Mark 1 aircraft which served with the squadron :-

Immediately prior to re-numbering, 269 started to relinquish its Mark 1 aircraft in favour of the Mark 2. 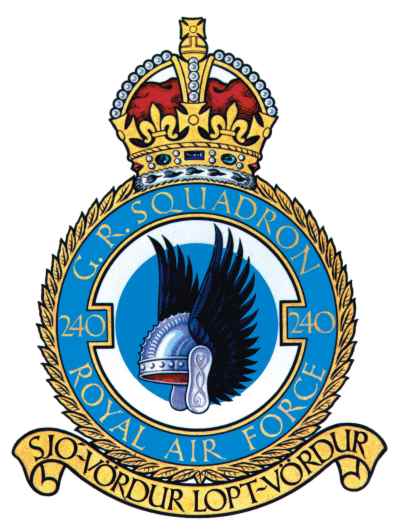 From 1952-55 the unit's aircraft wore individual letters forward of the fuselage roundel, with the squadron letter L to the rear.

In line with other Coastal Command squadrons, 240 received a number of Mark 2's in 1953 to operate alongside the Mark 1. All remained uncoded.

Further Mark 1's were delivered between 1954-1958, all of which carried squadron identification but no individual aircraft letters. 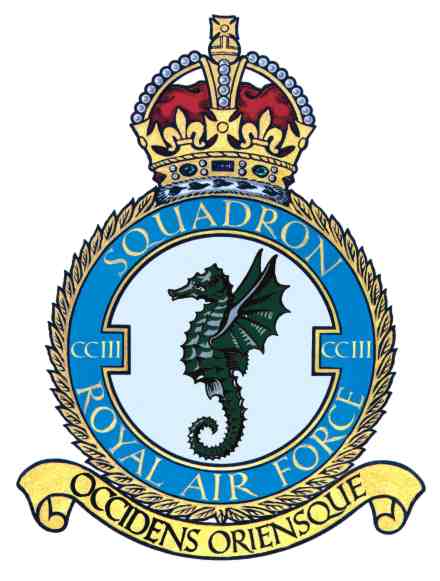 Coinciding with the squadron re-numbering was the issue of Mark 3's :- 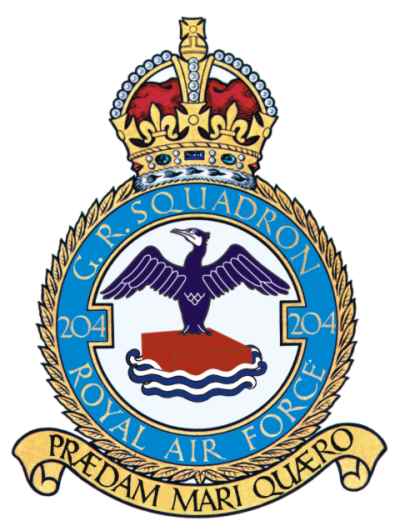 Reformed at Ballykelly on 1 January 1954.
Left Ballykelly on 31 March 1971 for Honington, Suffolk.
Allocated squadron code T carried on rear fuselage, removed in 1956 and replaced by the squadron number. No individual code letters carried 1954-1959.
The squadron planned to form with Mark 2's only. However, due to the slow delivery of their own aircraft a number of Mark 1's and 2's were borrowed from 240/269 Sqns. as required.

Aircraft borrowing had ceased by August 1954. Aircraft allocated to 204 Sqn :-

As the squadron relinquished the Mark 1 in favour of Mark 2's, individual code letters started to re-appear on Ballykelly's aircraft. The Ballykelly Wing officially came into existence during 2/67, when 204/210 Sqn. aircraft were pooled and assigned to the Wing. 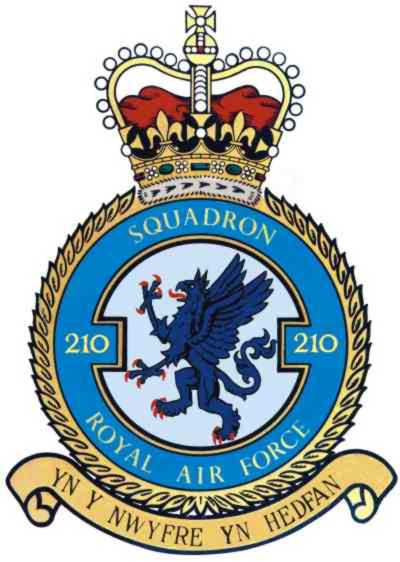 In late 1959 code letters started to be applied to Ballykelly based aircraft :-

Aircraft Assigned To The Ballykelly Wing

From February 1967, although crews continued to be part of 204 and 210 Sqns., the squadrons ceased to have aircraft specifically assigned. This situation persisted until 210 Sqn. disbanded at Ballykelly and re-formed elsewhere, at which time the Shackletons remaining came under 204 Sqn. control until the base closed in 1971. For the purposes of simplicity, this list runs from the official start of the Wing to the closure of the base.

Unit moved to Ballykelly from St. Mawgan 1 September 1958.
Disbanded at Ballykelly 1 April 1970.
Introduced individual code letters in line with other units at Ballykelly in late 1959.

Moved to Ballykelly from Eglinton on 6 February 1963.
Moved to RNAS Culdrose, Cornwall to re-equip with the Sea King HAS1 on 28 January 1971.
Initially allocated individual codes in the 320-323 range, changing to 530-533 in July 1965.
Equipped with the Wessex HAS1 from October 1961, details given below relate from then. Re-equipped with the HAS3 from April 1968.